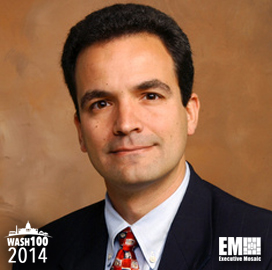 Executive Mosaic is honored to unveil Tom Arseneault, executive vice president of the product sectors at BAE Systems Inc., as the newest member of the Wash100, the premier group of leaders that drive growth and innovation at the intersection of the public and private sectors.

In his role at the British contractor’s U.S. arm, he leads the company’s nearly 23,000 employees across the electronic systems and land and armaments sectors as they work in locations such as the U.S., U.K., Israel, South Africa, Sweden and Turkey.

He elevated to his current position from president of the electronic systems sector, where he led operations in the commercial and defense electronics markets including the manufacturing of flight and engine controls, electronic warfare and night vision systems, surveillance and reconnaissance sensors, networked communications equipment and power and energy management systems.

The commercial sector is one area Arseneault highlighted as part of BAE’s diversification efforts in an interview with National Journal published in August 2013 in the midst of headwinds surrounding the defense budget.

“We’re getting involved in next-generation cabin electronics. Someday you’ll fly in an airplane, and instead of shutters on the window, the window will go opaque—polarize the glass so you can’t see through it anymore,” Arseneault said.

Arseneault joined BAE in November 2000 upon that company’s acquisition of Sanders, previously a part of Lockheed Martin.