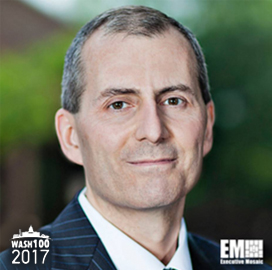 Executive Mosaic is honored to introduce Craig Abod, president of Carahsoft Technology, as an inductee into the 2017 edition of the Wash100 — Executive Mosaic’s annual selection of influential leaders in the government contracting arena.

He was appointed to the position in January 2004 and has since worked with federal, state and local governments as well as academic institutions to deliver information technology products for more than 3,000 active channel partners that include prime contractors, resellers and systems integrators.

Carahsoft was recognized as Public Sector Distributor of the Year for 2016 at the annual Red Hat North America Partner Awards for the former’s dedication to offer open source systems to public sector customers.

Carahsoft was also included in The Channel Company‘s annual top 500 list of information technology consultants, integrators and service providers across North America based on sales revenue.

Abod noted then that the company looks to grow its reseller ecosystem as well as expand its systems portfolios and venture into new markets.

Shavlik recognized Carahsoft as Distribution Partner of the Year in 2016 for marketing and sales support as master government aggregator and distributor.

Also in 2016, Virtustream’s suite of enterprise cloud software products and services were added to Carahsoft’s three contracting vehicles managed by the U.S. Army, NASA and the General Services Administration.

Carahsoft ranked 13th in IDC’s top 100 list of technology providers that work in the federal IT market.

“Our success is owed to the dedication of our team and ecosystem of vendor and reseller partners in guaranteeing our government customers receive the most innovative and cost-effective solutions available,” said Abod.

Executive Mosaic congratulates Craig Abod and the Carahsoft team for their selection to receive this award.