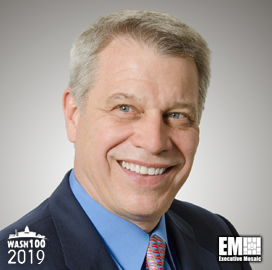 Executive Mosaic is pleased to introduce Mark Gerencser, chairman of the University of Maryland University College Ventures Board of Directors, as an inductee into the 2019 Wash100 “” Executive Mosaic's annual selection of the most influential voices in the government contracting arena “” for leading and supporting UMUC through non-academic initiatives like AccelerEd.

This latest honor marks the third Wash100 Award for Gerencser.

He has led the UMUC Ventures Board which is comprised of senior executives working to support the institution through non-academic initiatives since 2016. Before taking on the role, he served as chairman of the UMUC Board of Visitors for seven years.

In addition to UMUC Ventures, Gerencser has served as the executive chairman for Cyber Spa since 2013. He also has been a member of the board of directors for Alion Science and Technology since January 2016 and the Business Executives for National Security since 2007. Previously, Gerencser served as a member of the Orion Business Innovation, Sotera Defense Solutions, National Security Agency, Multi-Flex Pipe Systems and ALTA IT Services board of directors.

Gerencser spent 31 years with Booz Allen Hamilton in a variety of senior leadership roles. He drove growth for the company from $1 billion to $6 billion, engaged in business monetization involving a $1 billion commercial business spin-off. He also defined corporate structure, governance and ethics policies prior to the transition to public enterprise which culminated in a 2010 IPO.

Outside of his business achievements, Gerencser co-authored “Megacommunities: How Leaders of Government, Business and Non-Profits Can Tackle Today’s Global Challenges Together,“ a Washington Post bestseller.