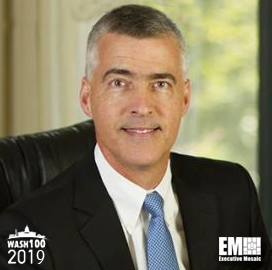 Bruce Caswell, President and CEO of Maximus, Inducted Into 2019 Wash100 for Efforts in Public Health, Human Services and IT

Executive Mosaic is honored to introduce Bruce Caswell, president and CEO of Maximus, as an inductee into the 2019 Wash100 “” Executive Mosaic“™s annual selection of the most influential voices in the government contracting arena “” for his efforts in public health, human services and information technology. This marks the first Wash100 award for Caswell.

In April 2018, Caswell assumed the CEO role after four years as the company“™s president. He previously held various executive roles after joining Maximus in 2004 from IBM and Price Waterhouse. He has over 25 years of experience in the public health and human services sectors and has spoken out on the challenges involving health insurance and Medicaid managed care as a panelist and presenter.

Under Caswell“™s leadership, Maximus saw a more than 300 percent growth in its health services segment in support of healthcare programs such as the Children’s Health Insurance Program, Medicare and Medicaid, in addition to public health efforts in the U.K. and Canada. For fiscal year 2018, the segment“™s revenue increased by two percent to $1.4B.

Prior to the acquisition, Maximus won a spot on the General Services Administration“™s potential $50B Alliant 2 indefinite-delivery/indefinite-quantity contract in June. Caswell noted the award enables Maximus to offer its information technology offerings to achieve greater outcomes for federal customers.

Executive Mosaic congratulates Bruce Caswell and the Maximus team for receiving this award.

This year represents our sixth annual Wash100 award selection. The Wash100 is the premier group of private and public sector leaders selected by Executive Mosaic’s organizational and editorial leadership as the most influential leaders in the GovCon sector. These leaders demonstrate skills in leadership, innovation, achievement and vision.