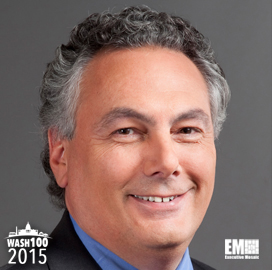 Executive Mosaic is glad to announce Tony Moraco, CEO of Science Applications International Corp., as the newest inductee into the Wash100 — a group of influential leaders in the government contracting industry.

Moraco leads one of the two companies that split off in 2013 from the former company known then as SAIC, which now operates as Leidos.

He spoke to ExecutiveBiz in November of that year — almost two months after the split — to discuss his plans for the “new” SAIC going forward and some of the markets the company intended to focus on.

“We believe there are a lot of technology transfer opportunities and untapped synergies in the DoD agencies and military services, as well as some select system engineering-type contracts within the intelligence community,” Moraco said to ExecutiveBiz.

Prior to the split, he served as president of SAIC’s government solutions group and also held leadership roles at the intelligence, surveillance and reconnaissance group; the operations and performance excellence unit; and the space and geospatial intelligence business unit of SAIC.

He joined the company in February 2006 and has since managed programs with the National Reconnaissance Office, National Geospatial-Intelligence Agency, U.S. Air Force and other defense and intelligence agencies.

In June 2014, Moraco was appointed as head of the steering committee of the nonprofit organization Defense Industry Initiative on Business Ethics and Conduct.

He is also currently a board member at the Northern Virginia Technology Council and Operation Homefront.

Executive Mosaic offers its congratulations to Tony Moraco and the SAIC team for their selection to receive this award.